Why is my DJI Copilot not detected on my USB-C iPad Pro?

With the latest update to iOS, the USB-C iPad Pro may not detect the DJI Copilot when it is plugged into the iPad. We are currently working with Apple on a fix for this issue.  This only occurs when the DJI Copilot is in battery mode.  If you need to use your DJI Copilot with a USB-C iPad, you can use a temporary workaround by plugging the Copilot into power using the included AC adapter.  More information will be released on this page when an update is available.

Apple's newest iPad Pro uses the USB-C connector instead of the Lightning connector that older models have used.  The DJI Copilot was not designed to work with an iOS device using a USB-C port because in the past, there were no products like this.  You will notice that when you plug your DJI Copilot into your new iPad Pro, the Copilot BOSS app on your iPad will not see that you have anything plugged in.

We have released a firmware update that fixes this issue.  Due to how firmware updates are delivered through the Copilot BOSS app, you will need to connect your DJI Copilot to another compatible iOS or Android device and update the firmware.

1. Connect your DJI Copilot to an iOS device with a lightning port, or an Android device.
2. Make sure the Copilot BOSS app is installed on this device.
3. Press the button on the DJI Copilot so it will be detected on your mobile device.
4. The app should launch automatically and once inside it should prompt to update the firmware.  If the prompt doesn't display, then go into the settings of the Copilot BOSS app and tap on the firmware button. 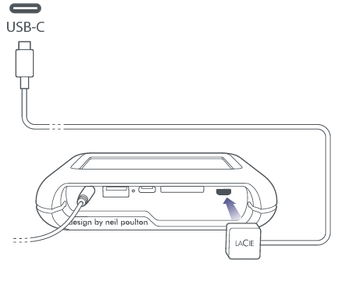 If you still experience issues after the update, resetting your DJI Copilot should help.  Between the USB-A port and USB-C port located on your DJI Copilot there is a small pinhole.  Using a paper clip, press the recessed button inside this pinhole to reset your device.