We’re breaking the mold at NAB this year, and we want you there for it. From our long lineup of creative pro speakers to unleashing our bold new LaCie products, it won’t just be an event—it’ll be a chance to reimagine your entire workflow. 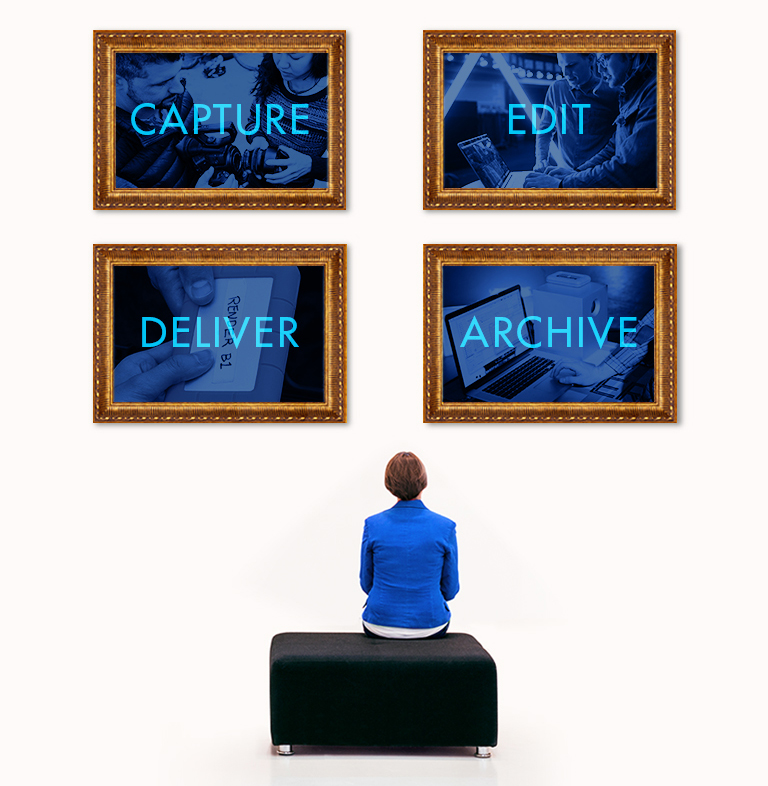 Your submission has been received.

The year the Rugged drive was born.

“In the field I have never had one of these go bad. They’re rugged. They take a beating. They’re just a great drive to have on location.” 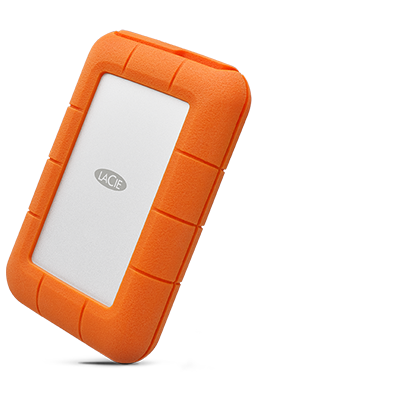 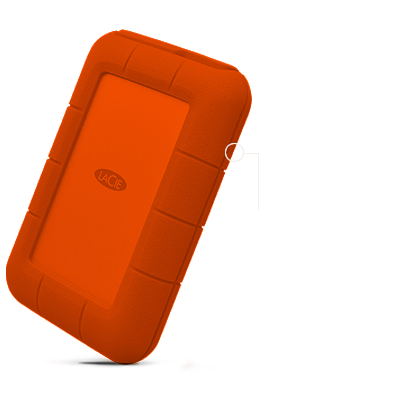 Chicago–based filmmaker, photographer, and musician Chris Hershman has captured bands such as the Alabama Shakes and Switchfoot, among many other artists. His work has been featured on Rollingstones.com and at the 2012 Grammy Awards.

“As my work has grown in scale, LaCie has been there with products that meet those demands every step of the way.” 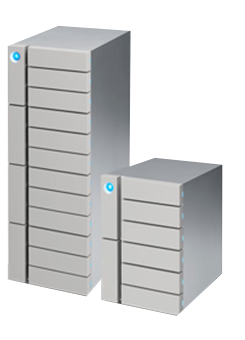 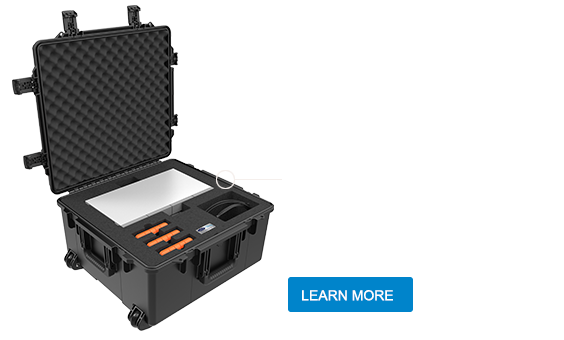 Working on the Science Channel’s hit show “How it’s Made,” Bonnemaison production house has been at it for 16 years—and LaCie has been their reliable partner since the beginning.

“One of the things I like about LaCie is the fact that the products are very durable and extremely well built.” 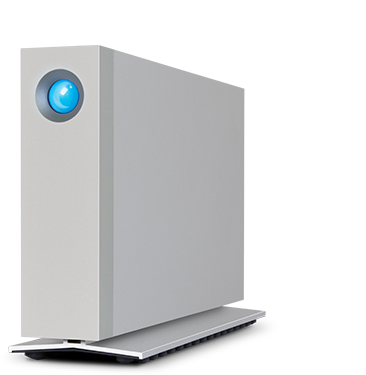 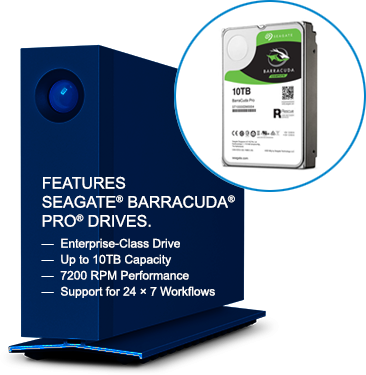 All backed by a 5-year limited warranty

All backed by a 5-year limited warranty

LaCie 6big and 12big family rely on Seagate IronWolf®Pro drives for superior power management that enables user workloads of up to 300TB/year.

Enter for a Chance to a LaCie Rugged USB-C 1TB

By participating in this give away, entrants agree to be bound by these Official Rules.

NO PURCHASE NECESSARY TO ENTER OR WIN. A PURCHASE WILL NOT INCREASE YOUR CHANCES OF WINNING. REGISTER FOR A CHANCE TO WIN AT http://www.lacie.com/promos/visit-nab2017/ BETWEEN April 3, 2017 AND April 27, 2017. OPEN ONLY TO LEGAL RESIDENTS OF THE FIFTY (50) UNITED STATES OR THE DISTRICT OF COLUMBIA, AND THOSE WHO ARE OF LEGAL AGE OF MAJORITY IN THEIR JURISDICTIONS OF RESIDENCE. VOID WHERE PROHIBITED BY LAW. Employees (and their immediate families (parent, child, spouse or sibling and their respective spouses, regardless of where they reside) and those living in their same households, whether or not related) of Seagate Technology LLC (“Sponsor”), and its parent, affiliates, subsidiaries and advertising and promotion agencies or any other individuals or entities engaged in the development, production, or distribution of materials for this promotion are not eligible to enter or win. By participating, entrants agree to be bound by these Official Rules and the decisions of the judges and/or Sponsor, which are binding and final on all matters relating to this draw.

TO ENTER: Between APRIL 3, 2017 09:00 AM PDT and APRIL 27, 2017 05:00 PM PDT (the “Entry Period”), visit http://www.lacie.com/promos/visit-nab2017/ enter your e-mail and register. All entries must be received by MAY 15, 2016 05:00 PM PDT to be eligible. Limit one (1) entry per eligible person. Entries received in excess of the stated limitation will be void. Entries generated by script, macro or other automated means and entries by any means which subvert the entry process are void. All entries become the property of Sponsor and will not be acknowledged or returned.

CONDITIONS IMPOSED ON WINNER: The potential winner will be notified by email on or about MAY 12, 2017 and may be required to execute a Confirmation of Eligibility Form and Release, and, where lawful, a Publicity Release (as applicable) and applicable IRS Forms, all to be returned within 14 days of date of issuance. If such documents are not returned within the specified time period, prize notification is returned as undeliverable, Sponsor is unable to contact a potential winner within a reasonable time period, or potential winner is not in compliance with these Official Rules, prize may be forfeited and, at Sponsor’s discretion, an alternate winner may be selected for the applicable draw.

PRIZE – Three (3): One (1) LaCie® Rugged USB-C 1TB. Approximate Retail Value (“ARV”): $129.99. The winner is responsible for all federal, state, provincial and local taxes (including income and withholding taxes) and any other costs and expenses associated with prize acceptance and use not specified herein as being provided. Winners may not substitute, assign or transfer prize, or redeem prize for cash, but Sponsor reserves the right, at its sole discretion, to substitute prize (or portion thereof) with one of comparable or greater value. Allow twenty eight (28) days for delivery of prize following completion of verification process. The export or re-export of hardware or software containing encryption may be regulated by the U.S. Department of Commerce, Bureau of Industry and Security (for more information, visit www.bis.doc.gov). Values are expressed in U.S. Dollars.

ENTRANTS’ PERSONAL INFORMATION: By entering the draw, entrants consent to Sponsor’s collection, use and disclosure of their personal information for the purpose of administering the draw and in accordance with Sponsor’s privacy policy available at http://www.seagate.com/about/legal-privacy/privacy-statement/. If an entrant has opted-in for future communications their personal details will be used to provide information regarding Sponsor's products, service offering and details of future promotions. Entrants have a right to access, modify and withdraw their personal data as described in Sponsor’s privacy policy. By entering this draw or providing personally identifiable information you consent to the collection, processing, maintenance and transfer of such information in and to the United States and other applicable territories outside of the country where the data was collected from you. In the event of an inconsistency between these Official Rules and the Sponsor’s Privacy Policy, these Official Rules shall prevail.

RELEASE OF TECHNICAL LIABILITY: Released Parties (as defined below) are not responsible for lost, late, incomplete, inaccurate, stolen, misdirected, undelivered or garbled entries, applications, or registrations; or for lost, interrupted or unavailable network, server, Internet Service Provider (ISP), website, or other connections, availability or accessibility or miscommunications or failed computer, satellite, telephone or cable transmissions, lines, or technical failure or jumbled, scrambled, delayed, or misdirected transmissions or computer hardware or software malfunctions, failures or difficulties, or other errors or difficulties of any kind which may occur for reasons beyond the reasonable control of the Released Parties, whether human, mechanical, electronic, computer, network, typographical, printing or otherwise relating to or in connection with the draw, including, without limitation, errors or difficulties which may occur in connection with the administration of the draw, the processing of entries, the announcement of the prizes or in any draw-related materials. Released Parties are also not responsible for any incorrect or inaccurate information, whether caused by site users, tampering, hacking, or by any equipment or programming associated with or utilized in the draw. Released Parties are not responsible for injury or damage to participants' or to any other person's computer related to or resulting from participating in this draw or downloading materials from or use of the web site.

GENERAL CONDITIONS: Except where prohibited by local law, by participating, entrant agrees that Sponsor, its parent, affiliates, subsidiaries and advertising and promotion agencies and all of their respective officers, directors, employees, representatives and agents (collectively, “Released Parties”) will have no liability whatsoever for, and shall be held harmless by entrants against, any liability, for any injuries, losses or damages of any kind to persons, or property resulting in whole or in part, directly or indirectly, from acceptance, possession, misuse or use of any prize or participation in this draw. Persons who tamper with or abuse any aspect of the draw or website or who are in violation of these Official Rules, as solely determined by Sponsor, will be disqualified and all associated entries will be void. In the event of a dispute regarding entries received from multiple users having the same e-mail account, the authorized subscriber of the e-mail account at the time of entry will be deemed to be the entrant and must comply with these Official Rules. Authorized account subscriber is the natural person who is assigned the e-mail address by the Internet Service Provider (ISP), on-line service provider, or other organization responsible for assigning e-mail addresses. This draw is governed by State of California, United States of America law and is subject to all applicable federal, provincial, state, and local laws. Any and all legal actions or claims arising in connection with this draw must be brought in a court of competent jurisdiction in the County of Santa Clara, California, United States of America.

RIGHT TO TERMINATE THE DRAW: Should any portion of the draw be, in Sponsor’s sole opinion, compromised by virus, worms, bugs, non-authorized human intervention or other causes which, in the sole opinion of the Sponsor, corrupt or impair the administration, security, fairness or proper play, or submission of entries, Sponsor reserves the right at its sole discretion to suspend, modify or terminate the draw and, if terminated, at its discretion, select the potential winners for the draw(s) at issue from all eligible, non-suspect entries received for the applicable draw(s) prior to action taken or as otherwise deemed fair and appropriate by Sponsor.

WINNERS’ LIST: For the names of the winners (available after or around May 25, 2017), send a self-addressed stamped envelope to: Drawing Winners, Seagate Technology LLC, 10200 South De Anza Boulevard, Cupertino, California 95014, USA, MAILSTOP CPCA04D13, for receipt no later than May 150, 2016.